Is My Music Right For You?

“Contemporary “classical” music, as a genre, often has an incredibly small audience. Some concert goers tolerate it, just about – so long as it doesn’t go on for too long. Many other people think it is just disorganised dissonant noise….. perhaps they are right sometimes! So why do we write it?

“Many of us believe that if you dare to leave the drum kit out and break out of a regular four-beats-in-a-bar. If you dare to write on the edge of a key, rather than in a key – or maybe write in no key at all. If you dare, even, to abandon the system of regular semitones into which most Western music of the past 200 years has been fixed… then you can still create beauty and you can still create moving and expressive and even exciting music! Why listen to contemporary music rather than the beloved masterpieces of Bach, Mozart and Beethoven? Listen to it all!

“Personally I couldn’t cope without the masterpieces of the past. But neither could cope without the adventure and the freshness of the best of the music written in our own time. Give it a go!”

Listen to my music!

Geoff Palmer studied composition with Richard Steinitz, Stephen Oliver, Raymond Warren and Wyndham Thomas. He had mentoring and support at various points in his life from Michael Tippett, Robert Saxton and Jonathan Harvey.

He is based in Aberdeen and works through a number of international channels. His output includes a symphony (A Cædmon Symphony, 2012), concertos for violin, cello, flute and bassoon and six string quartets written over a period of 44 years. He has, as he puts it, been graced with a long and fascinating career. This has allowed him to work slowly, thoughtfully and with originality.

He has won prizes in the Classic CD, Music Haven and English Poetry and Song Society composing competitions. His music has been broadcast on Polish Radio, BBC 4 television, and BBC Radio 3. He was awarded a Doctorate from the University of Bristol, and is an Honorary Research Fellow at the University of Aberdeen.

He is currently busy preparing for the premiere of the Kantate: Völkerwanderungsbilder, to be held at Ede, Netherlands, on August 4th 2019. Also underway are a piano sonata and a seventh string quartet for Masayuki Tayama and The Edinburgh Quartet respectively. 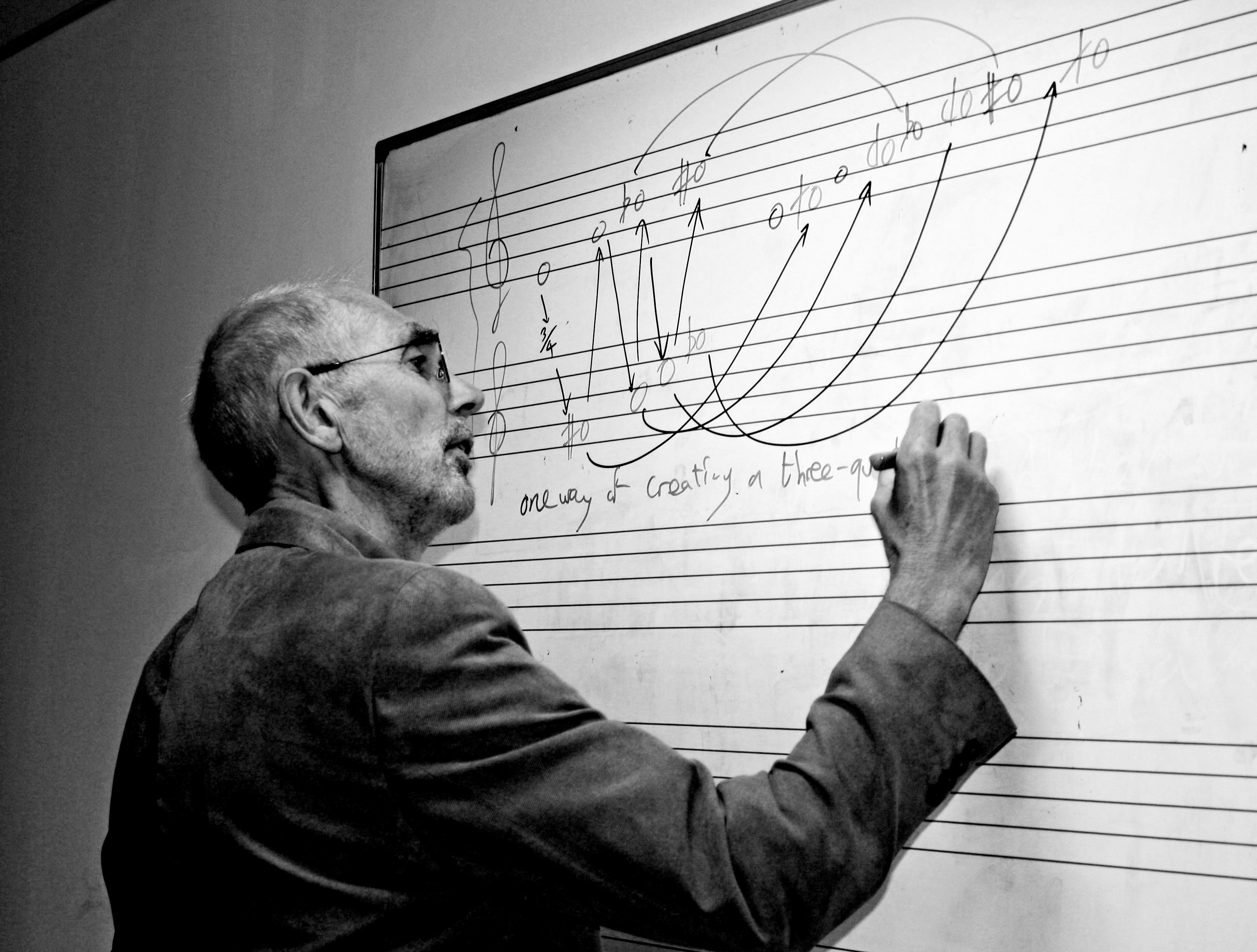 This is a conversation between Geoff Palmer and Michael Berkeley, recorded at Michael’s London home in 2015. The conversation includes musical extracts which describe Geoff’s lifelong work as composer of chamber music for strings.